Host, Robert Metz
With a background in business administration and accounting, Robert Metz became a founding member of the Freedom Party of Ontario in 1984, and has been its president since then In that capacity, he has found himself in many roles: as a writer, editor, and publisher of FP’s numerous publications and newsletters, as a candidate and interim party leader in past elections, and as public spokesman for the party on issues of policy and platform. He has also served as an executive member of many ad hoc taxpayer and lobby groups, including the London-Middlesex Taxpayers’ Coalition and HALT (Hold All London Taxes), and as chair of the No Tax for the 1991 Pan-Am Games Committee, whose success saved taxpayers over $110 million.

In 1993, he volunteered to act as legal counsel (and won the case) for Elijah Elieff, a London landlord accused of discrimination before an Ontario Human Rights Commission, in one of the most controversial cases ever brought before the Commission. The case continues to have repercussions to this very day.

An outspoken advocate of individual freedom and responsibility in all aspects of political and social life, Bob has addressed many government commissions and public hearings and written many editorials and news columns published in various newspapers. He can also be seen and heard on various TV talk shows and on open-line radio engaged in lively debate over freedom related issues.

Host, Robert Vaughan
Robert has a Bachelor of Science (Hons) from Memorial University of Newfoundland. He spent several years involved in research at the University of Western Ontario in the Department of Physiology and Pharmacology and the Department of Clinical Neurological Sciences before moving into business. He created an online video mail-order business and owned and operated a martial arts school in London. He was elected as a trustee on the Board of Education for the City of London in 1994 and was re-elected city-wide as a trustee to the new Thames Valley District School Board in 1997. He was the Chair of the London Board’s Budget Advisory Committee, Vice-Chair of the Program Standing Committee, the Board’s representative on the City of London’s Crime Prevention Advisory Committee, as well as its representative on the London Council for Adult Education. Robert first appeared as a guest on Just Right on July 9th, 2009 and began co-hosting the show with Bob on October 1st the same year.

Guest Host, Paul McKeever
Paul graduated from Trent University in 1989 with an Honours Bachelor of Science degree, having majored in psychology. He was the first in Trent’s history to have done his honours thesis on a neural network computer model that delivered human-like “priming” effects in experiments with abstract and concrete words recognition. He earned his Master’s degree in Cognitive Science studying under Dr. Zenon Pylyshyn, who was also his supervisor through a year of Ph.D. studies in Cognitive Science. Paul discontinued his Ph.D. studies to study law at Western, where he graduated in 1995. After articling with the London law firm of Cohen Highley Vogel and Dawson (now Cohen Highley), Paul opened a solo civil litigation firm in Oshawa in 1997, where he has restricted his practice to employment law, including wrongful dismissal litigation and human rights issues. His courtroom work has resulted in ground-breaking legal decisions concerning the dismissal of pregnant women, the freedom of employees to solicit their former employers’ customers, and the issue of serious male-on-male sexual harassment in the workplace.

Paul joined the Freedom Party of Ontario in 1992, initially because of the party’s stand against collectivism. He volunteered for the party in the election of 1995, joined the party executive in 1999, and was made party leader in 2002 (a post he holds to this day).

Paul is an outspoken advocate of Objectivism (the philosophy of author/philosopher Ayn Rand), especially with respect to reason and the rational pursuit of one’s own happiness. His video series “In Defence of Ayn Rand” on his YouTube channel has made him a well-known figure in Objectivist circles. He also is the producer of the documentary “The Principle of Pot” (concerning the freedom advocacy of Marc Emery), and the short “Helpless Homolka”, which recounts the tale of one of the most unjust stories in legal history (the “Deal with the Devil” made between sex-killer Karla Homolka and the office of the Attorney General in Ontario circa 1993).

Paul’s Op-eds have been published in the Toronto Star and the Financial Post. He has written for The Wealthy Boomer and Consent. Paul also maintains a blog, where he writes not only about the philosophical implications of current events but also about legal and political developments in Ontario and Canada. 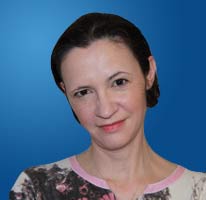 Guest Host, Danielle Metz
Being the daughter of Robert Metz, one of the world’s foremost advocates of freedom and individualism, it’s no wonder that Danielle Metz would share his passion for reason and politics. Danielle occasionally guest hosts on Just Right but on August 8, 2017, she teamed up with Robert Vaughan to start her own podcast called The Danielle Metz Show. On January 2nd, 2019 the podcast became a fully-fledged radio program when it began broadcasting every week on WBCQ The Planet airing immediately after Just Right.

Together Danielle and Robert take a frank look at some of today’s pivotal issues making no apologies for their candour. They offer a wry look at the events of the world taking on the collectivists who are relentless in their battle to destroy the West, demolish our values, and condemn the good.

Guest Host, Paul Lambert
Originally from London, Paul Lambert has spent his entire adult life as an expatriate having studied at the University of Iceland in Reykjavik as well as the University of Gothenburg, Sweden, where he majored in classical history and archaeology as well as having taken courses in Latin, Hebrew and Swedish. He finds that his keen interest in the events of the past has helped to understand the society of the present in a greater context and across cultural and geographical lines.

Currently living in Germany, he has written about such classical topics as Roman society, and modern issues, such as the Arab-Israeli conflict. Paul has visited the Just Right studio on several occasions in which he has guest-hosted the programme alongside Robert Metz, and in his capacity as the programme’s Euro-correspondent, he has been a guest via telephone discussing a number of issues relevant to the state of freedom in Europe.

Finding himself in the highly socialistic context of Europe, Paul seeks to find a “third path” in advocating capitalism and individual freedom. As opposed to direct involvement in the political scene, and as opposed to bold-faced resistance, Paul simply seeks out those in Europe who are freedom-minded and offers assurance that they are not alone, in spite of the impression of the mainstream European media and culture. He actively seeks and develops means to minimize state involvement in people’s personal lives and to maximize the freedom they still have.

By trade, Paul is a translator running his own translation service company. He was also the host and producer of VSI Radio International, a programme originally produced in Sweden and broadcast in the summertime on WBCQ shortwave. The show ran from July 2012 to December 2013 and offered commentary on cultural, historical, aesthetic, scientific and political issues from an individualistic perspective.

Guest Host, Mary Lou Ambrogio
Mary Lou Ambrogio has a long and well-established political resume serving in executive positions on riding associations, managing political campaigns and running as a candidate for the Conservative Party in the 2008 Federal election and as a Freedom Party candidate in the 2011 Provincial election.

Mary Lou has been involved with several advocacy groups and is Vice President of the Canadian chapter of the International Free Press Society, an organization whose mission is to promote free speech principles across Canada and the world. IFPS Canada defends individuals and organizations that are being persecuted for practicing free speech and counts among its accomplishments successfully bringing “controversial” International figures to Canada, such as Ann Coulter, Lars Vilks, Geert Wilders and several other National and International figures. As a result of her work on behalf of the “politically incorrect”, Mary Lou is well-known in political circles as a fierce advocate for our fundamental freedoms, understanding as she does that “Freedom is not Free” and must never be taken for granted.

With an extensive background in party politics and advocating for issues like free speech, free markets and father’s rights, Mary Lou is well-positioned to champion causes that don’t always receive a fair hearing in a country that appears stubbornly committed to an anti-reason, anti-capitalist anti-west and anti-male status quo.

Guest Host, Kathy Shaidle
Kathy Shaidle started blogging in 2000, at RelapsedCatholic. In 2007, she set up FiveFeetOfFury as the home for her irreverent rants. Her first book was nominated for the Governor Generals Award (poetry). She also co-wrote The Tyranny of Nice, a Conservative Book Club selection in 2009.

Her most recent book is Confessions of a Failed Slut, available exclusively as an e-book from Amazon. She is a regular contributor and columnist at PJ Media, WND and Taki’s Magazine.

Guest Host, Al Gretzky
“I would not consider myself to be a Don Quixote pursuing impossible goals, but I am willing to do what I feel is necessary to improve a situation. Right now the world as we know it, the life that we love and cherish. is slowly vanishing in front of our eyes and most people either don’t notice or worse, don’t care. We are allowing the democracies that truly began with the Magna Carta to be slowly chipped away from one of self-reliance and assurance to one of government dependency. Common sense had been replaced with common dictates. The greater good is being micromanaged into the lesser evil.

“I am fighting for free speech; what I believe is the cornerstone of any civilized democracy. We can no longer count on our elected officials to lead the way as they should. Apathy and self-entitlement are replacing exceptionalism at every level.

“I believe that the world, secular and religious, is currently at a crossroads. We can either continue down this road to self-destruction, as many civilizations have done in the past, or we can turn it around and rebuild on the solid foundation laid by our forefathers.

“Never seen a microphone I did not like; will discuss any topic. My only word of caution to anyone is, don’t ask me a question if you don’t want to hear the answer. This has in the past not endeared me to some people.”

Instrumental in My Own Construction

Tune in to Just Right on shortwave at the following frequencies and times:

Your reception reports are greatly appreciated.